All the text in the message will be deleted and replaced by text from category template. 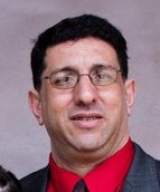 Pay the judgment, get a cosigner...
Posted 4 years 11 months ago 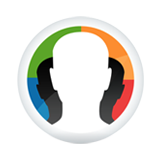 I need to get eviction removed off my record because I can't get any landlords to rent to me because of the eviction.
Posted 4 years 11 months ago 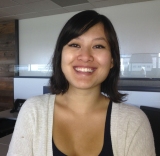 I'm so glad that you brought this up. I work in screening and reducing false positives is actually fairly new. There are only a handful of providers that actually have a safety net in place to reduce the number of reports that will return on someone with a common name. Many people don't realize that criminal and eviction reports are public record and they are not associated with a social security number so matches occur are just the result of common name. In my company we call our tool subject selection, it uses other identifiers to match the record with your applicant. When you pull credit reports from us and then the criminal report is pulled, the technology works in the background, even pulling address history from the credit report so you it has more information to verify if the criminal report is an actual match.
Posted 6 years 3 weeks ago

Do property management companies have to provide rent verification when requested by tenants or mortgage companies?
Posted 8 years 3 days ago

I understand where you are coming from, Peter; but what do you do if you have an applicant with a common name (or even a generational family name, like Sam Jones III) and you have potential name matches on the civil and the criminal check?

I had an applicant that had a common last name and it came up with a potential name match in the criminal database for a felony. I contacted the screening company and had them do an identity match on their result. Sure enough, my applicant was not only of the opposite gender, was of a different race, AND the match was in a state where the applicant had never been in!

I had an applicant with a generational name and had not only criminal matches, but an eviction match in public records that were admitted and taken at face value to be the FATHER! This employer did NOT use a screening company and relied on the information in public records as true and correct, although grossly incomplete. Against MY recommendation to deny the applicant, the employer approved him and within days of moving in; he got into a verbal altercation with the landscapers, broke 1 of the windows in the unit (from the inside) and THEN broke 2 MORE windows WHILE I was there taking pictures of the original damaged window! This incident was followed by him breaking a window in one of the laundry rooms, threatening me with a baseball bat, kicking IN the entry door to the unit making it so the frame needed to be repaired so the door can be secured.

All I can say for story # 2 is that this was a case study to support recommending the use of a screening agency with a set of paramerters to follow that would have found the missing information that was needed. I needed to have the attorney draft a 3 day notice of noncurable cause to vacate and this resident got NONE of the deposit back (in fact there were additional charges to return the unit to rent ready status 2 weeks after move in).
Posted 8 years 6 months ago
Discuss!
Multifamily Insiders Discussions
The Front Lines
Applicant Rental History Verification
Reply