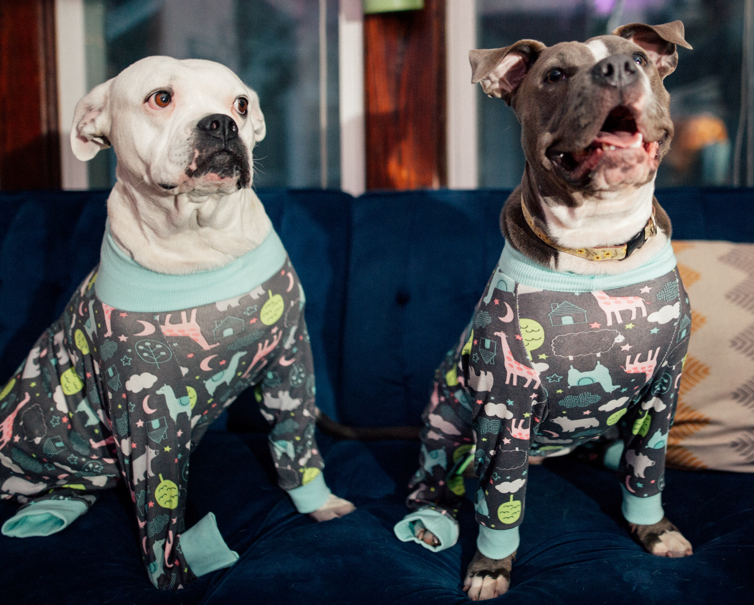 I made my dog chicken nuggets.

Jax's dog food was pretty much all gone that morning. I couldn't go to the pet store to get more because he is a 95-lb Lab, and his dog food bags are probably around 50 lbs. Since I usually do cardio instead of strength training, I was afraid I wouldn't be able to pick them up. I had ordered Jax more food, but it hadn't been delivered yet. So I made him chicken nuggets. And, let me be clear: These weren't some nuggets for dogs put out by Purina. These were the chicken nuggets I feed my kids. They were shaped like dinosaurs.

So, what I'm saying is, dog owners will do anything for their pets, and that includes not renting in a building specifically because they're not pet-friendly. According to a study on statista.com, in 2021/22, 69 million US households have at least one dog. Many of those households include apartment renters. However, a lot of apartment communities historically have restricted specific breeds, such as Pit Bulls, Rottweilers and Great Danes, so even if the community is considered pet-friendly, you might be limiting your renter pool and leaving money on the table.

If your community is pet-friendly already, should you consider easing some of these restrictions? Let's look at some pros and cons of restricting certain dog breeds at apartment communities, beyond limiting your renter pool to those who only have approved breeds.

No, don't restrict breeds: Residents might bring them in anyway. Though some communities ban specific breeds, some renters can get around that by claiming their Doberman is their emotional support animal, and if they have the right certification, there's nothing you can do about it. Or they might just plain sneak in their dogs without telling you! Better to have a record of every dog that actually is in the building. (Just like the parents telling their kids that if they're going to try alcohol, they should do it in the house.) After all, you're not a regular property manager, you're a cool property manager.

Subscribe to Author
Jessica Fiur is the managing editor at Multi-Housing News and Commercial Property Executive.

How to Get the Most Profit When Selling Your Investment Property

Have you ever wondered what are the duties a qualified intermediary performs during a 1031 exchange?

Tammy Longo Baseball Schmaseball - The Savannah Bananas
I'd apply for that job in a former life! LOL

Kara Rice Building Tenured Multifamily Teams
You absolutely nailed it, Maritza! This staffing shortage is unprecedented and unfortunately will li...

Kara Rice DELIVERING EMPLOYEE FEEDBACK… WHEN THE FEEDBACK ISN’T “GOOD”
Hi Shawn, thanks for sharing this excellent blog! I agree with your sentiments wholeheartedly. I als...