The holidays are a crazy time for package delivery. With the rush to order presents for friends and family, it's no surprise that the amount of deliveries increases.

This year, "increase" is putting it lightly.

1. Package volume has skyrocketed—an 80% increase in just one week.

Black Friday and Cyber Monday are famous for sparking huge spikes in shopping, and rightly so; consumers spent $3.45 billion on Cyber Monday alone, making it the biggest online shopping day in US history.

In the following week, apartment complexes all over the world felt the aftermath—according to our package locker activity data, the amount of packages shipped and delivered to lockers increased by over 80%. In just one week, package volume almost doubled.

2. As December continues, package volume is increasing, not decreasing.

The record-breaking package delivery numbers aren’t going back down. They’re going up.

Instead of slowly settling back down after the Black Friday & Cyber Monday spike, package volume is continually increasing as the holiday season progresses. In the week of December 4th to 10th, there were nearly 4,000 more deliveries to our package lockers than the previous week (and the previous week was the big post-Black Friday surge)! And last week – December 12th to 18th – saw even more package volume than the week prior, with no signs of slowing.

If you’ve been a property manager even once during December, you know to expect the holiday package surge. When you have dozens to hundreds of residents ordering gifts simultaneously, the package rush is inevitable.

Not only is 2016 seeing the expected holiday spike, but the spike is significantly larger than properties experienced last year. This year, 3 million more shoppers made Black Friday purchases than they did last year, and more of these purchases than ever are being delivered. Properties who had our package lockers during Black Friday last year saw 50% more packages delivered this year during the same time period. 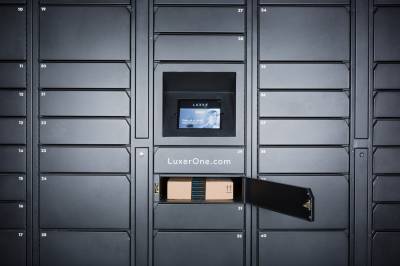 4. Residents are picking up their packages 25% faster.

Residents are especially eager to pick up their packages this time of year. On average, residents take about 6 hours to pick up a package from their automated package system. During this holiday season, this average has decreased to 4.5 hours.

The sooner residents pick up their packages from a locker, the sooner the locker becomes available for the next delivery. This helps balance the higher package volume around the holidays, and you'll want as much free space as possible for the holiday rush!

If you’re ever going to run out of locker space, the holidays are when it’s going to happen. It’s not a pretty picture if lockers hit capacity without an overflow solution, as you'll find extra packages littering hallways and the leasing office.

If the all the small, medium, or large lockers fill to capacity, the oversized locker can be used to accept any overflow, since it is capable of securely accepting more than one package at a time. It essentially acts as a mini-package room that only select package recipients can access. This holiday season, our oversized lockers saw 110% more packages delivered than usual. 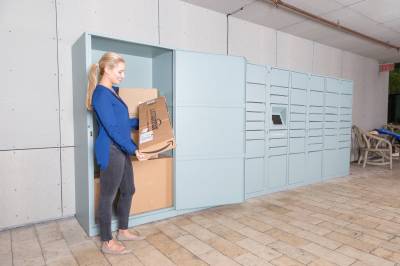 This enormous spike began just after Black Friday. While some of these deliveries are actually oversized items – such as furniture, skis, or other bulky items – much of this increase is from holiday overflow. Thank goodness for the oversized (and overflow) locker!

When you subscribe to the blog, we will send you an e-mail when there are new updates on the site so you wouldn't miss them.