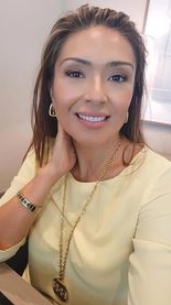 “I tried to leave the business four separate times and kept getting pulled back in” Teresa Parasiliti laughed while telling me her Multifamily employment story. Teresa, a Property Manager in the Houston area (with over twenty years in the industry) recently let me shadow her and I learned so much!

While she might have tried to leave the industry previously, these days she describes being a property manager with passion and she loves her job; why?  She uses her core values to drive her leadership style. Teresa loves being a leader.  When talking about her team, her eyes light up!  She has an Assistant PM, two Leasing Professionals, Maintenance and Housekeeping and she views them all as humans first and employees second.  Teresa started as a Leasing Consultant and then quickly worked her way into management.  She said “I take pride in being a compassionate boss.  When I was new in leadership, I had a TERRIBLE boss/mentor.”  According to Teresa her boss was “cutthroat” and he encouraged her to be the same.  He would tell her she was “too nice” and that her employees should earn her respect.  As Teresa is a people pleaser by nature, it felt wrong but she trusted her boss who had been in the business a long time.  Plus, this wasn’t the first time someone had told her she was “too nice” or “too much of a people pleaser”.  Nightly she would come home dejected and feeling awful.  Eventually she was fired for not being hard enough on her staff.

“Being fired was actually the best thing that ever happened to me!” she exclaimed, and she vowed to be true to her heart after that and to lead others with compassion and encouragement.  Being a people pleaser is her strength, not her weakness!  Teresa quickly found a new company and a new job that allowed her to lead with her heart and she has been encouraging her teams ever since.  Teresa starts her day asking her team what their day looks like and then helping them to schedule in breaks for themselves and tasks they might not enjoy (but must get done).  She shared that she is happiest in her career when her team is doing well, and they are truly at the forefront of everything she does. 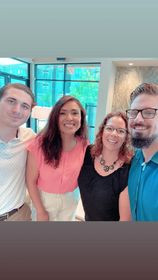 When speaking with her team, they all enthusiastically shared what they love about her: she doesn’t micromanage, she is so positive and encouraging, she knows about who they truly are: their values, families and career aspirations and they love working for her! Does she occasionally have to reprimand someone?  Of course, but she says she does it with learning in mind and ensures they leave those conversations not feeling dejected.

Women often must fight to prove themselves in business, yes, even in female dominated fields and yet, Teresa says that doesn’t have to be the case.  The best advice she has for new leaders? “Be authentically yourself and don’t let anyone make you hard”.

Here I am with Teresa and some of her team when I visited them:

This is truly beautiful. ❤ We love having Teresa on our team!!

Thank you again for letting Lilah shadow your team, Kiki!

Thank you @Kiki Clarke for the opportunity!

Teresa! I don't know you, but I love you already!

You're the type of leader people remember.

Clarisa James
There are no comments posted here yet