Multifamily Investing In Canada – Key Differences You Should Understand

Investing in the Canadian market is a great opportunity for multifamily investors; however, it is important to understand the substantial differences between the Canadian and U.S. rental markets, which will dramatically impact operations and key financial figures.  Below are some of the key takeaways from the “Expanding into Canada” education session at this year’s Apartmentalize Conference. 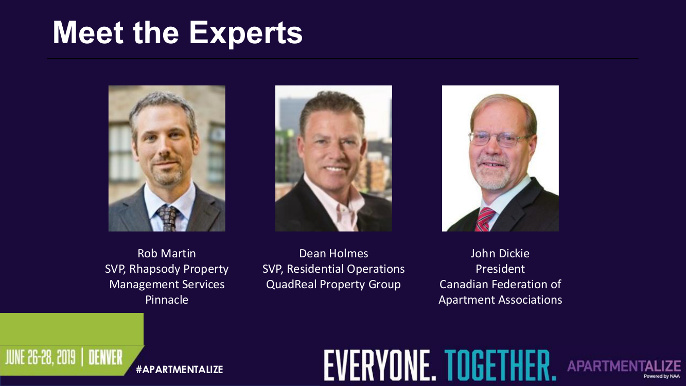 Before tackling a multifamily investment in Canada, it is important to first understand that although Canada seems very similar to the U.S., its multifamily market is quite different.  Similarly, it isn’t uniform across the country.  Just like in the U.S., where rental operations can vary dramatically from coast to coast, different Canadian provinces operate differently based on local laws and regulations, most notably each province’s rent control laws.

At first glance, the biggest items that stand out when comparing U.S. and Canadian operations are the giant differences in turnover and rent increases available for turned units.  As you can see below, turnover for U.S. communities was substantially above Ontario and British Columbia, and rent increases for turned units was substantially below.  At first glance, this paints a picture of less turnover cost and higher rent increases in the Canadian market, which are often seen as positive traits.  However, the real situation tells a completely different story.

Rent control plays a crucial role in many parts of the Canadian rental market, and it has the following ramifications:

·         Rents increases for existing residents are capped depending on the province, often based upon the Consumer Price Index.

·         Reduced rental rates due to rent control result in residents not moving, as they want to retain their discounted rent.

·         For units which do not turn over, above guideline rent increases may be attainable for major building repairs or substantial renovations; however, caps on those increases can lead to a reduction in renovation projects, as the ROI for those renovations is not high enough to justify the cost of renovation.  Therefore, properties often stagnate and do not get updated.

In other words, turnover is depressed because residents choose to take advantage of keeping their artificially reduced rental rates.  This lack of turnover makes it difficult for operators to keep effective rents close to market rents.

Although this creates challenges for strong rent growth, it also creates an environment for extremely strong occupancy.  Dean Holmes noted that his Toronto properties hover at 98%, with other markets only slightly lower at 96%.

Another large theme of the education session was the slow speed at which rentaldevelopment occurs in most major cities in Canada.  It was said that 7-8 years between conception to finalizing construction was not unheard of.  Conversely, new laws affecting rental housing can happen much more quickly, with the added challenge that these laws can be retroactive or may not grandfather existing construction.  Therefore, a development that initiates under one set of rules may complete construction under a completely different set of rules, making reliable forecasting extremely challenging, if not impossible.

In regards to taxes, rental investors in Canada generally incurs much higher tax rates than in the U.S., with tax rates between 50-55%. (The tax rates for corporations with more than 5 full time employees are not as high. However, a service tax on property management fees applies at a rate of between 5% and 15% depending on the province.

As an illustration to how different the provinces operate, Toronto and Montreal, both with sizeable rental markets, have substantially different product mixes.  Montreal is dominated by small buildings under 20 units, making large scale investment more challenging, while Toronto’s market is much more dominated by larger rental communities.  Toronto also has a large segment of non-permanent residents, namely students, who represent a significant portion of the renter demographic. 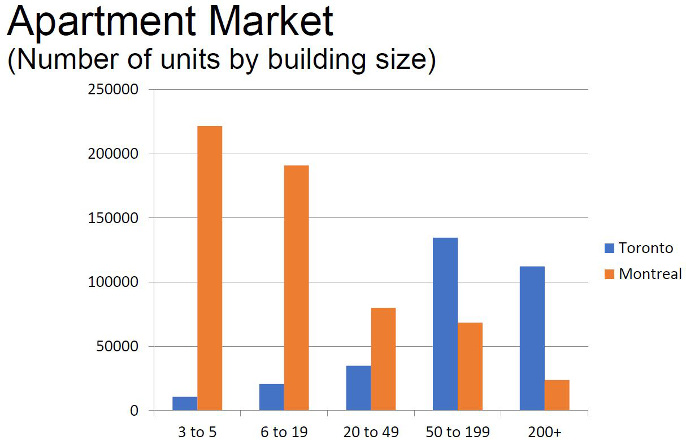 Canadian properties are still vastly owned by “mom and pops”, where the largest operator holds only 50,000 units.  As a result, many communities are run by “superintendent couples”, where the wife often handles the office operations, with her husband performing the maintenance.  The speakers estimated that policies and procedures in Canada are generally trailing the U.S. by at least 5 years.

Gary Blakeslee The High Demand for EVs Means a High Demand for Charging Stations
Great primer on EV charging at apartment communities. Thank you. Can you recommend one or two opti...